Orca Predations on the Great White Shark in Gansbaai

It would be fair to say that if you had not heard about the 3 confirmed Orca predations on Great White Sharks that have recently taken place in Southern Cape waters you must have been hiding under a rock somewhere. This devastatingly interesting news of one of the ocean’s top predators taking out another top predator has reached all corners of the world.

Scientists from The Dyer Island Conservation Trust team were present to assist in the dissection of all 3 Great White shark carcasses. All the sharks displayed similar injuries and they were able to confirm they were in fact all killed by Orcas.

In all 3 cases the livers of the Great White sharks had been removed and in the case of the 3.4 meter male, his heart was removed too. Orcas are well known to eat only the bits of their prey that they fancy, or perhaps provide the greatest meal. In this case the liver of a great white shark is extremely oily and will have been a very energy rich source of food.

There have been at least 2 other confirmed cases of orcas killing great white sharks in the past. An event took place many years ago in 1997 off The Farrallon Islands off California, and another case was filmed and documented at The Neptune Islands off Australia in early 2015.

Orcas are also well known to hunt Sevengill sharks (a species with a very large liver) in New Zealand and in False Bay last year a number of Sevengill cow shark carcasses found were also assumed to have been killed by Orcas.

IT APPEARS ORCAS ARE NO STRANGERS TO KILLING AND EATING SHARKS.

However, another fact we know about orcas is that they have very strong cultures and different pods specialise in feeding on different prey items.

In the case of the Gansbaai great white sharks that have just been killed there is a very strong indication that we know which individual orcas are responsible.

In 2014 our friend the late Barrie Rose, who spent many hours of his life fishing and ultimately observing off the rocks at Rooikrans in The Cape Point Nature Reserve first alerted us to the two “flop finned” orcas. These two orcas are now known as “Port” and “Starboard” and have been seen regularly in False Bay and Gansbaai over the last few years. They have also been seen as far as the Langebaan lagoon on the west coast and rumoured to go to at least the De Hoop area on the east coast. Not surprisingly both these areas are richly represented in shark species.

We believe their dorsal fins have rolled over as a result of injuries and more specific gunshot wounds. This we learnt from Dr Ingrid Visser one of the world’s leading orca experts and a person who has done considerable work in trying to find solutions to the usual human wildlife conflict that so often is an issue. Sadly orcas scavenge off longline fishing vessels offshore and it is well-known these fishermen shoot at them in order to try deter them.

These 2 orcas are almost always spotted close to shore and seem to be patrolling the kelp forests. Thus it has been surmised that these are the orcas that possibly predated on the Sevengill sharks last year. Also, as often as these two orcas have been seen, on no occasion have they been observed hunting dolphins.

More importantly they were seen a number of times just days before the white sharks were killed off Gansbaai. Chris was on board one of the days and was thrilled to get his first in person sighting of Port and Starboard.

IT’S HARD TO IMAGINE AN ORCA TAKING ON SUCH AN EFFICIENT AND DEADLY PREDATOR THAT IS THE GREAT WHITE SHARK IN SUCH A SEEMINGLY EASY FASHION.

I can only imagine that a Great white shark is so used to being the top predator on the block that it would have been completely blindsided by a predatory attack.

We are observing more and more that when threatened with mortal danger sharks will disperse from the threatened area. After the fatal orca attack in Australia no great white sharks were seen for 4 weeks off The Neptune’s. The day the first white shark carcass was discovered in Gansbaai, the shark cage diving operators in Gansbaai all returned back to port with no sightings of great white sharks. It will be interesting to see how long these sharks will be away from the area this time round.

In False Bay we have had only 2 very brief sightings of great whites so far this year. The sharks are now 3 and a half months late…

Chris & I have had many healthy debates as to whether it’s the result of orca interference or not.  I say yes, Chris has always been a no!

In the past we have sighted orcas in False Bay and still seen Great white sharks at Seal Island at the same time. But going back to orca culture and specialist feeding, these orcas were dolphin hunters. Chris is now starting to come on board and think that perhaps the Flop Fins have been playing a role in the unseasonal scarcity of great whites at Seal Island. As with so many things in nature the happenings, or rather the lack thereof, remain a great mystery.

As fascinated as I am in what has taken place I for one am personally very sad as to what has happened. Great white sharks are highly endangered and I believe we are at a point that every individual great white shark is important to its species’ survival. They do not do well when killed in high numbers as they are not a species that reproduces quickly nor in large numbers.

But I have to understand that this is nature taking its course and I feel somewhat comforted that at least the white shark mortality was not at hands of poachers.

I try not to think about the catastrophic effect an orca operating as a great white shark predation specialist can have on our South African sharks. To get far too ahead of myself I must ask the question: are the orcas capable of changing Great white shark distribution and feeding strategies?

One thing is for sure, Great white sharks have been around in one form or another for 400 million years and they won’t be going away without a fight, even if it is in the form of flight. 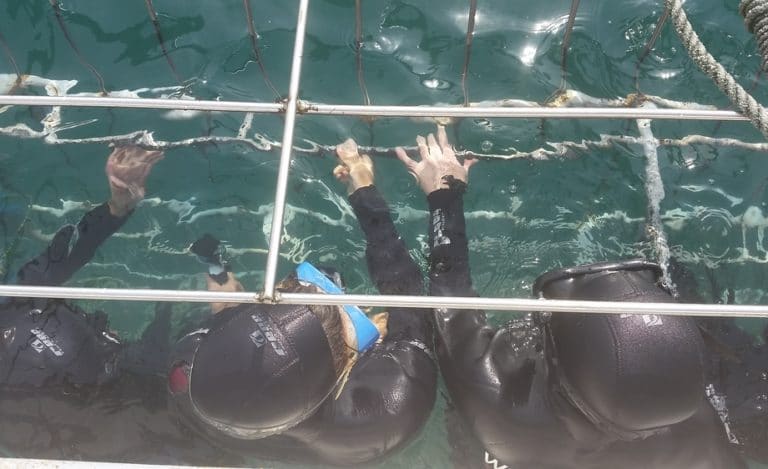 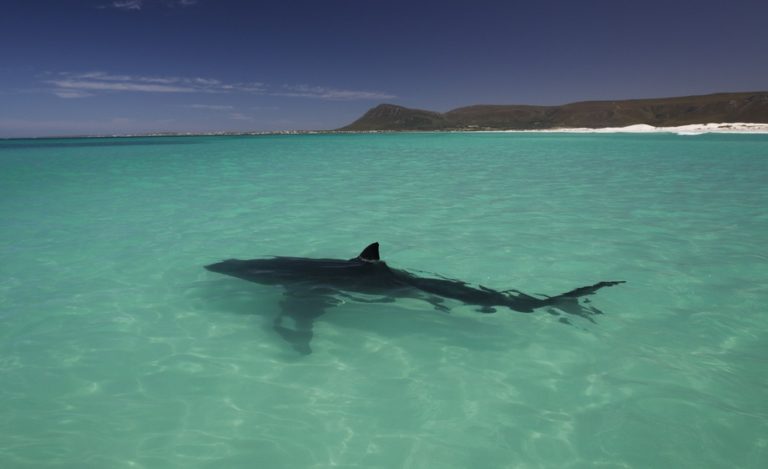