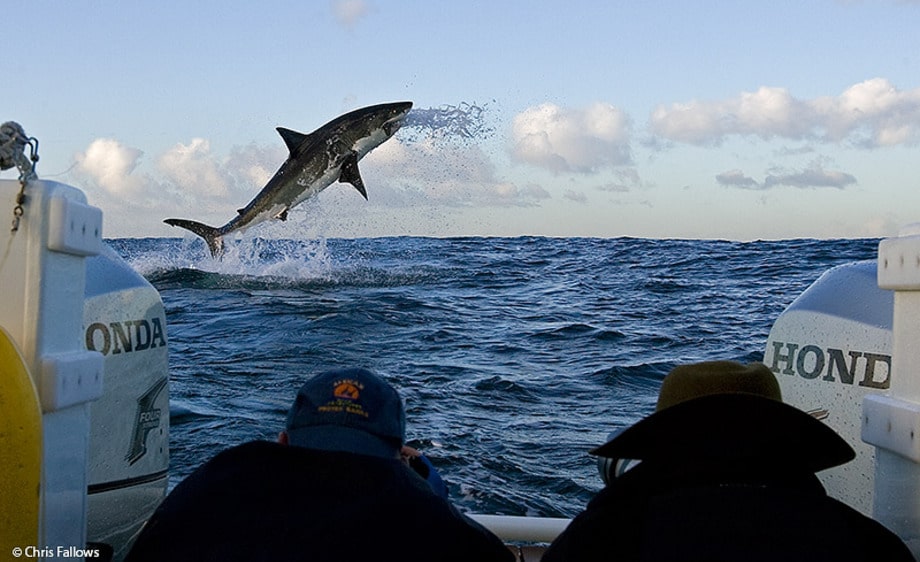 Most people think that when you go and photograph marine wildlife you need to get wet. Well in many cases this is not true, especially off the coast in False Bay in Cape Town, South Africa.

The beauty about shooting in the bay is that many of the spectacular photographic opportunities that are seen are interactions between predators and prey that perform their craft on the surface. Having said that, shooting on the ocean is undeniably very different from shooting wildlife on land for several reasons. Most notably the wildlife does quite simply vanish from sight for varying periods as they move beneath the waves. The good news is however marine mammals all need to spend varying times on the surface in order to breathe, so unlike gravity, what goes down must come up!

On the ocean getting to know your subject is vital. This means carefully watching what any target species may be doing. In the case of dolphins and seals typically both will porpoise between breaths and the faster they move the more regularly they need to surface and the more dramatic each interval on the surface is. The other good news is that the super predators that feed on these animals prefer to catch them on the surface.  By simply watching, and not shooting for a few moments you can quickly gauge what each surface interval is and the direction in which the animals are moving.  Once you have this info dialled in it makes it much easier to roughly predict where they will next appear and you can quite accurately guess where next to point your camera.

Much of the spectacular action we are looking to shoot revolves around animals jumping, and this is either in the form of predator-prey interactions or social behaviour, for instance, dolphins having fun and doing multiple breaches. Ask the locals for some advice. As crew on Apex Shark Expeditions vessels, we have exposure to amazing encounters on a regular basis, you don’t, and this might be your one chance. If you are unsure of where to stand on the boat or what the animals might next be going to do, ask us, this way you quickly learn what to anticipate.

Our boats have been designed to allow guests to shoot from very low angles. The reason for this is that getting low really emphasises the height out of the water with each jump as you bring more sky/cloud into your shot and therefore emphasise the fact that marine animals are outside of their normal element. Remember, however, that the lower you go on a boat the less warning time you have to see the shark, seal, or dolphin about to jump, so it really is a game of do you risk missing the shot, but if you do get it the image is far more powerful. Hmm, it’s a big gamble on this one but I believe go big or go home.

ON THE OCEAN GETTING TO KNOW YOUR SUBJECT IS VITAL

If you choose to shoot standing up, choose an area on the boat where you can lean against something, as the balance is critical. Stand with an open stance as this will give you a more stable base.  Also if possible, try to pick a spot where, if the captain is tracking with wildlife, it allows you to not point directly into any spray from the bow. So for instance, if the animal is at 3 or 9 o’clock to the boat then shoot from 10 or 2 o’clock as any spray being created by the bow of the boat will hit you on your side and back rather than going onto your lens and camera. Shooting slightly backward will also get you a more face-on shot which is more pleasing than photographing an animal from behind.

With regards to light, generally, we always place the subject in an area that takes advantage of front lighting. That said where the sun is not up or is mooted by beautiful clouds we will occasionally look to shoot silhouettes. If you have something special in mind, let us know and as long as it is in keeping with how we operate with the wildlife we will do our best to accommodate you.

From a shutter speed point of view, I try to always shoot with a minimum of 1000th of a second for any fast-moving subject and even faster shutter speeds if the light allows without me pushing my ISO too high.

It is a lot easier to handhold the gear we use as our bodies tend to absorb shock a lot better than a monopod on a boat. Unless the sea is glass flat any vibration from ripples or bumps will go straight through the hull and into your monopod.  Also, the difference in how we move on the same track as that of our subject is far different as swell and chop create different uneven surfaces all over the show and this is generally far greater than on land say when driving following a herd of animals walking. On a boat, you are almost constantly moving even when you are on anchor.  For this reason, again, it is better to handhold your gear and act as your camera’s stabiliser.

So what gear should we shoot with when out on Apex Shark Expeditions’ boat? Well, the beauty of what we do is that by having had a lot of experience with marine wildlife we can slowly get you close to the action without compromising it. In most cases, I shoot with a stabilised lens such as Canons 70-200 F2.8. I would say 90% of all the marketable images I have shot have been taken with this lens.

The other lens I shoot with is the 200-400 F4 which can only be used on really flat days, and even then it is tough. Finally, I always carry a wide lens such as the 16-35mm as big schools of dolphins or flocks of feeding gannets really look great against a big sky or set upon a beautiful flat sea where you want to emphasise the volume of wildlife in front to you.

If you have a Go Pro, bring it, and your extension stick, as often there are chances to shoot video or stills from right next to the boat, once again not getting wet.

So many people now have great shots of African wildlife but few have great shots of marine wildlife simply because people have always believed you need to dive to see the action, which you can do, you are able to go shark cage diving in Cape Town, for some amazing underwater photography, but is definitely not the only way.

We would love to see the results of your time with us so please share any images you shoot on our boats. You would be amazed to know how little I knew about photography the first time I headed out to sea so remember if you are not sure of something don’t be afraid to ask questions. Feel free to use the below comments section and we will gladly help where we can. 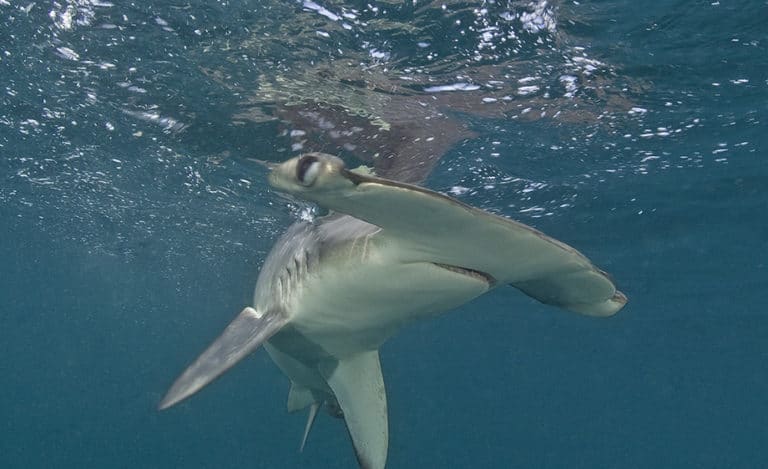 The Collapse of the Smaller Shark Species – South Africa 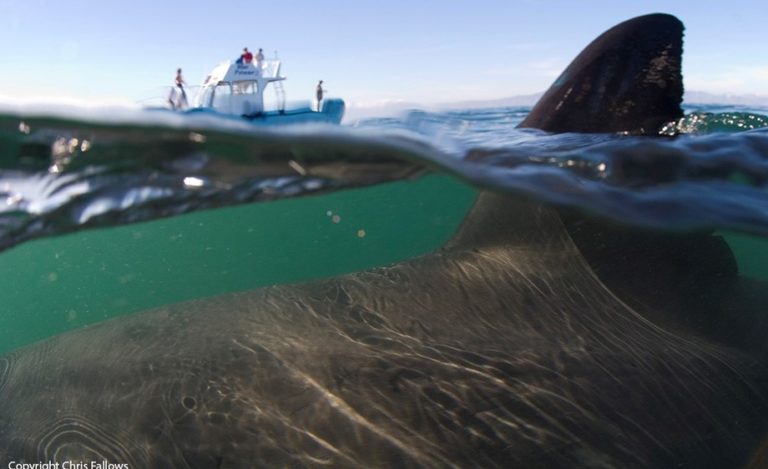 Is Shark Cage Diving Ethical? It seems with the advent of social media, more and more tourist videos of Great white sharks getting into shark cages and