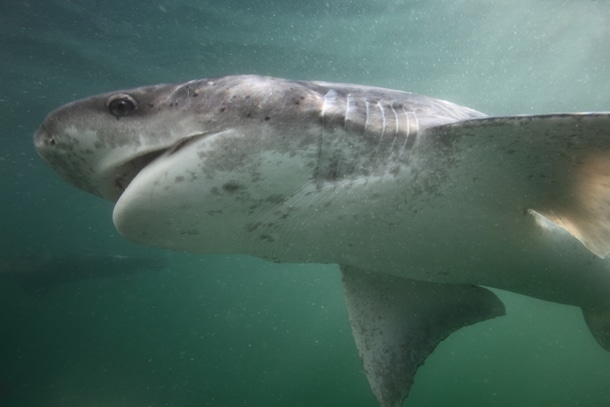 With the arrival of the Sevengill sharks to Seal Island, we have had an extremely busy summer at Seal Island. So far we have had a 99% success rate with seeing sharks on our trips since September 2018 with the most number of Sevengills recorded on a trip being 22 different individuals. These kinds of numbers have surpassed our greatest expectations and we are thrilled at being able to offer our guests such an exciting shark experience. For the most part, the Sevengill sharks are highly interactive and spend long time periods around the boat and cage so both cage divers and surface viewers are getting very good views. On most trips, we are seeing between 6 and 10 different sharks.

At the peak of our summer, in late December and January, we were even recording Bronze whaler sharks to our boat. These sharks are generally warmer water species and we were seeing them when we had temperatures above 19 degrees Celsius at Seal Island.

Another highlight has been observing the seal pupping season at Seal Island. This is when Seal Island is at its absolute capacity. The adult males arrive en mass from the offshore feeding grounds for the breeding season which takes place at roughly the same time as the pupping season when literally thousands of seal pups are born.

With the high presence of Sevengill sharks at Seal Island, we were on the lookout for any possible predation events, especially on the tiny seal pups which one would think to be a very easy meal for a large shark such as a Sevengill. Although no surface predatory events were recorded we feel fairly certain that the Sevengill sharks would have been scavenging dead seal pups that would have sunk to the bottom of the sea bed.

An interesting observation was of a 1.9 m long Sevengill shark covered in deep scratches along its side. As this was not a sexually mature animal (according to its size) our thinking is that the scratches could have come from a seal, indicating a possible predatory attack by the Sevengill. Sevengill sharks are primarily known to be scavenge hunters and the only observation of a Sevengill catching and consuming a live seal came from our vessel last season. Our crew is constantly vigilant for any possible predatory behaviour especially since the arrival of Sevengill sharks en mass to Seal Island is new behaviour and we are extremely interested in observing what takes place with this change in predator species.

As the water temperatures begin to cool and we start to move into our autumn months in Cape Town we are starting to come across schools of Common Dolphin. At this time of the year, large shoals of baitfish (mostly anchovy) come into False Bay and this biomass serves to feed a large suite of predators ranging from Dolphins to whales to Cape Gannets and shearwaters.

In the last 10 days or so, dolphin schools of up to 600 animals have been spotted on more than half of our shark trips. I love this time of the year as False Bay truly offers amazing opportunities to see a varied amount of megafauna!

If the last 3 seasons are anything to go by we should start to expect the first returning Great white sharks to Seal Island in June. In the meantime, we are very happy to have the Sevengill sharks keep us company at Seal Island! 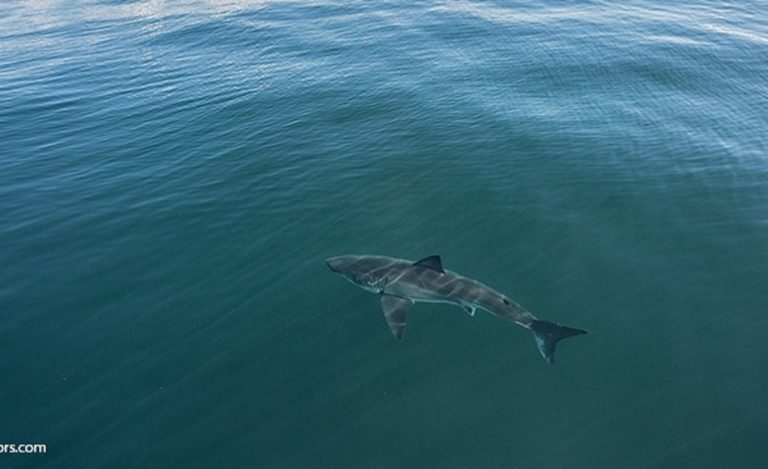 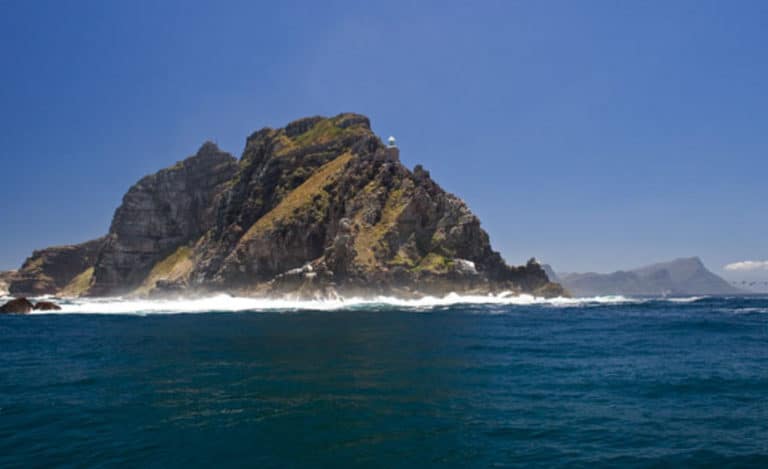