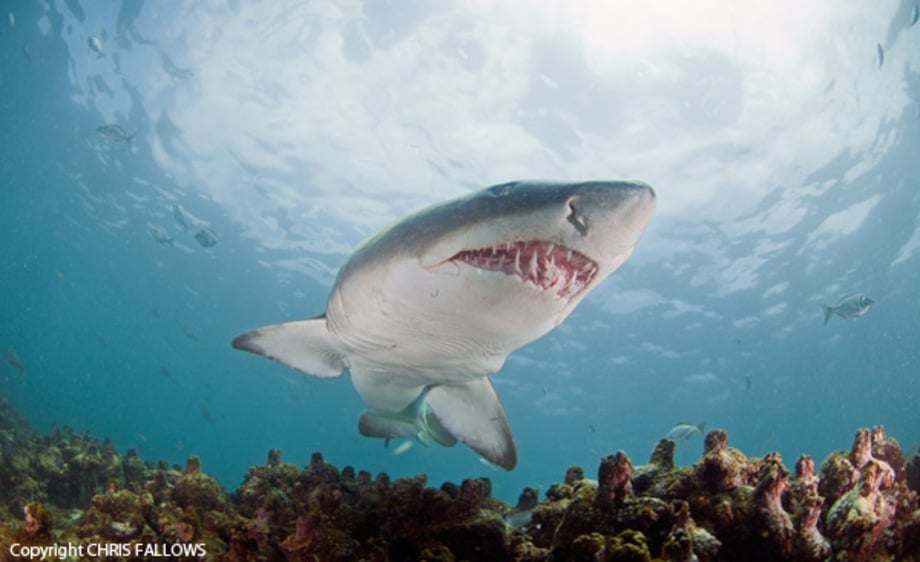 Now in its fourteenth year, the 2016 Sharks of Southern Africa expedition once again delivered its share of various shark species, marine mega fauna and the excitement of each day’s unexpected surprises.

The weather for this year’s expedition was exceptional, with only 2 out of 11 days lost to wind or swell. Water conditions varied dramatically, with sea temperatures ranging between  17,8 to 23 degrees Celsius.  The visibility ranged between 3 and 8m which was less than normal, but at least allowed us to dive on every day.

We spent most of our time snorkeling on various reefs on the Eastern side of the de Hoop marine reserve, and also dived a few new reefs for the first time.

On two days we headed far offshore in search of pelagic sharks and cleaner water. On the first trip we saw four small Smooth hammerheads offshore, as well as two Mako sharks, and a good sized 2.0+ Blue shark with a very quick visit by a large 2.8m Bronze Whaler. We also saw large shoals of feeding Skipjack and small Yellowfin tuna as well as various Brydes whales, and perhaps two sightings of Sei whales, which was very exciting! There were many sunfish and in fact on one occasion we saw a small sunfish “shoal” with at least six sunfish in a very small area. Closer to Infanta point we dived on two small fast moving bait balls with around 500 Common dolphin.

On the second offshore trip which took us 36 miles SW of Infanta point, we saw two medium to large Blue sharks at the boat and one good sized Blue shark en route home. All the shoals of fish and clearer water had moved East towards Struisbaai.

Dives on the inshore reefs were great for various fish species, and whilst we did see a good diversity of sharks and everyone was very happy, shark numbers were the worst they have been in fourteen years.

THE WHITE ROSE WAS SIMPLY MASSACRING THE HAMMERHEADS AND OTHER SHARKS.

Sadly, the reason for the decrease in numbers of the sharks at the edge of the reserve became all to apparent when we saw a “legal” shark longlining vessel, “The White Rose” making set after set right next to the reserve in an area divers and locals all fondly call “Hammerhead alley”. The White Rose was simply massacring the hammerheads and other sharks.

As the sharks left the reserve and continued to patrol a 3km long peninsula, as they do in their up and down route, they were instantly caught as the White Rose exploited the situation as much as possible by setting her lines exactly on the edge of the reserve day after day.

How in a country where we happily are signatories, and beneficiaries, to international memorandums stating our efforts to protect sharks, our governmental bodies, managers and scientists allow this unregulated massacre of sharks is disheartening to say the least. These hammerheads are mostly under a meter long for goodness sakes.

The permit on the White Rose supposedly states that they can catch any size sharks and in any quantity of all unprotected species at any time of the year, (In SA only Great Whites, Ragged Tooths, Spotted Gulley and Basking sharks are protected) . So, in essence, they can catch and kill as many hammerheads as they can with no limits on size, sex, or state of fecundity.

A conservation officer who boarded the White Rose said her hold was full of these small hammerheads. Sadly where there were hundreds, and as Jean saw, possibly thousands, there are now none and the value of the area as a reserve to sharks is pointless, as without at least some sort of buffer as is common in so many areas, the moment a shark moves out of the area, as most sharks do, it is killed.

We also noted a marked decline in Ragged tooth, Bronze whaler and other small shark numbers that is easy to speculate may well have ended up inside the White Rose.

After fourteen years of running these trips, bringing hundreds of  international tourists to our country and having them spend money with us , with local lodges and eateries , transfer companies, curio’s, add on safaris etc. we see no point in doing this again if this state of affairs continues.

I wonder what a once off hold full of small hammerheads equates to in dollars versus the value of on going tourism,  great word of mouth for our country and life changing perceptions seeing these sharks alive is worth.

One can only hope that if shark conservation is truly an issue for our governmental body as they purport, permits such as that which is operated by the White Rose and others will be better designed, with better area allocation that at least offers some sort of reprieve to the sharks. 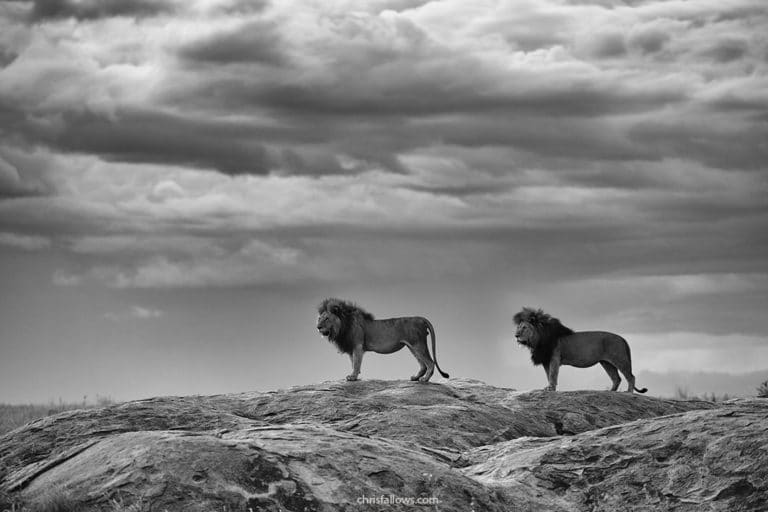 South East Serengeti, Tanzania Since the South African borders opened on 1 October we have tried to travel as much as possible in order to 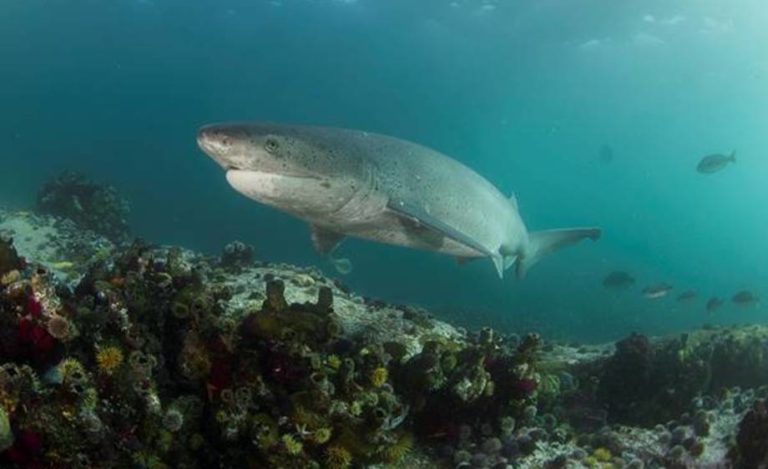 Shark Sightings, Cape Coastline From the end of July, the Sevengill sharks began returning back to Seal Island, and a steady increase in numbers of